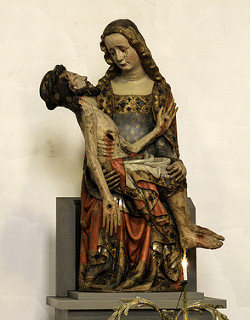 Some Christians find those words at Easter a bit more than they can muster. That Jesus came back to life in his physical body isn't a sure thing, or a big thing, for them. 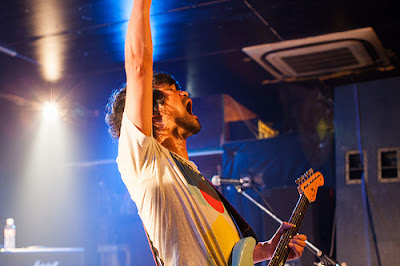 I think there were three things that caused the New Testament church to find the resurrection so fundamental; three meanings packed into, carried by, the resurrection story. For many of us, two of the three have fallen by the wayside. But the third!

The first, was that reality had broken through to resurrect Jesus bodily, which was proof that Jesus was tied to reality in a wholly unique way, and validated him as Messiah.

Given two millennia of distance in time, it is hard for a person of scientific bent to accept that relatively undocumented event as any kind of hard proof. Why wasn't Jesus revealed to the public (Acts 10:41), but only to those who knew him well before his death?  Why do the gospels go to such lengths to show that after the resurrection Jesus' face was not recognized, often, by those who knew him best?

Mary Magdalene "...but she did not realize that it was Jesus."
Two disciples on the road to Emmaus: "but they were kept from recognizing him." Hours of close conversation later "Jesus was recognized by them when he broke the bread."
The disciples, on a mountain in Galilee "When they saw him, they worshiped him; but some doubted."
The disciples, fishing in the sea of Galilee, talking with someone on the shore "but the disciples did not realize that it was Jesus." and some time later, when they're standing right next to him "None of the disciples dared ask him, 'Who are you?' They knew it was the Lord." If they knew so well, why did they even think of the question? Why was it noted in the scripture?

It's as if you had to know Jesus really well to recognize, despite some physical differences, a psychological unity of character, or something. Call it spirit. Conclusion: some people were walking around that by their spirit were recognizably Jesus?

The second was the matter of their own resurrection. Jesus was to be the first of many. Their own hope of a life after death, of death's being conquered, was based on Jesus' resurrection.

Many people nowadays doubt the afterlife, or an end-of-history resurrection. Many people don't want to live forever. For myself, without death I feel I have no dignity. Talk to me for over a thousand years and you'd be bored stiff with me. Given that I am so limited, what makes me tolerable, even enjoyable, is that like a good tune I have a beginning, a middle, and an end.

But the third! The third was their understanding of themselves, of the church. In biblical times Jews understood a human to be a body of earth inhabited by a spirit-breath-character (see The Healer Messiah Chapter 1). If the body wasn't breathing, it was dead, it had no spirit. The church was seen as the very body of the Messiah inhabited by the spirit of the Messiah, which was the very character of God (see The Healer Messiah Chapter 4).

Thus the church+, the church plus the Holy Spirit, was the bodily resurrected Messiah, walking the earth at the right hand of God, establishing justice and peace. For God's spirit appreciates even God's enemies, and wants to have a covenanted and confrontational relationship with them. The explosive growth of the church was powered by this groundbreaking understanding of personal, social, and political relationships.

That one still catches my breath, at Easter. That one still makes me shout my Hosannahs, Alleluias and Amens. Christ is risen! He is risen indeed!

[At our Mennonite church recently I was the "storyteller" for the children's Sunday school classes, with what for me was a difficult scripture assignment... ] 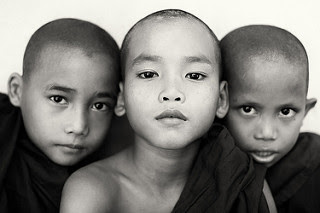 Hi guys. Today I'm going to try to explain why many people in our church think children shouldn't take communion. You know, when we eat a tiny bit of bread, and drink a tiny sip of grape juice, together. Why don't we let you children do that?

One kid pipes up "Because we haven't been baptized yet?" [There is much to be said for both child baptism, and adult baptism. Good things can be done with either one. But today I'm going to try to do something good with the Anabaptist, adult baptism approach.]

Yeah, but why don't we baptize you when you're little?

Well, what are some other things we don't let children do? Would you like to get into one of the cars in the parking lot, start the engine, and drive out onto the highway?

Right, it would be fun, but you could end up hurting yourself, or hurting someone else. If you made a mistake, it could be terrible. It's dangerous. That's why we wait until you're grown.

FIRST THING: Once I was a young man who didn't have much time in the morning before going to work. So for breakfast I'd make myself toast with peanut butter on it—that was the quickest breakfast I could think of. And since I already had the peanut butter and bread out, I'd make a couple of peanut butter sandwiches, put them in my lunch bag, and drive to work.

Then I'd work all day. When I got home in the evening, I was really hungry, so I'd make myself a snack before supper, the quickest thing I could think of...

"A peanut butter sandwich!" yelled someone.

Right. I remember one day somebody asked me "What kind of a man are you? What are you made of?" And I remember thinking, "Peanut butter, mostly."

And bread, don't forget the bread. So, what are you made of?

SECOND THING: Does anybody know what "Christ" means?

No, it's not Jesus' last name. "Christ" is a Greek word that means the same thing as the Hebrew word "Messiah." So does anyone know what "Messiah" means?

OK, does anyone know what a "doctor" is? What does a doctor do?

Right. A doctor's job is to stop sickness. "Messiah" or "Christ" isn't a family name, it's a job, sort of like doctor, or parent, teacher, or computer programmer. It means, what's your work. When we say Jesus Messiah, or Jesus Christ we mean something like Jesus, doctor. Christ is the name of a kind of work. But of course doctor isn't quite the same job as Messiah. The job of a doctor is to stop sickness, but the job of a Messiah is: to stop war. A Messiah keeps things fair, so people don't fight. Isn't that a great job?

THIRD THING: So now we have two questions, "What are you" (which usually means "What is your work?" like "nurse") and "What are you made of?" (like "peanut butter"). Sometimes we mix the two questions together, to make one a story about the other. For instance, today's Bible story answers the question "What is a Christian?" meaning "What is a Christian's job?" by answering the question "What are Christians made of?" So, what do you think Christians are made of?

Here is the story, of the last time Jesus ate with his friends before Jesus was killed.