We, the faithful of our different traditions, must unite against a danger dominating each of our traditions. 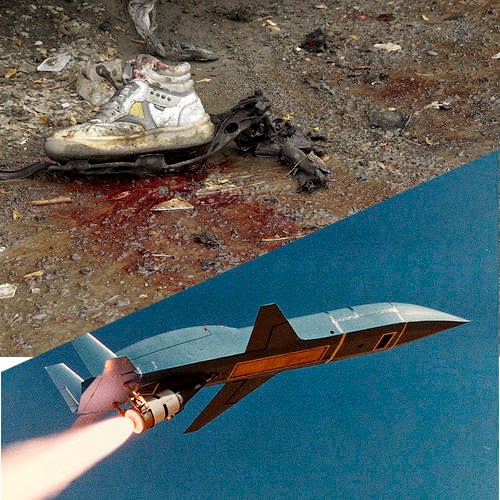 Our different belief traditions often compete. Muslims versus Christians, Hindus versus Sikhs, secularism versus belief, and many more. Debates, missionary efforts and political opposition contribute to a logic of competition.
That's not the work we must be doing, that's not the battlefield.
The real danger is faith in violence and coercive control as the fundamental guarantors of our security.
I see that faith in the actions of terrorists, and I see that faith in some actions of many governments. I don't care if they're using drones or suicide vests, their faith that their group's identity, dignity and security can ultimately only be defended by coercion is, if you'll excuse my Christian language, an idol, a false god to which we sacrifice our children.
We do need to defend ourselves against coercion. But not with coercion, nor with appeasement.
Worse: these worshipers of coercion claim orthodoxy. They are often characterized in the media as strict, fundamental, and somehow the most orthodox and extremely faithful interpreters of their tradition. Wrong: they are unfaithful, and nowhere near as extreme as us faithful. They have not understood their tradition deeply. They include respected imams, pastors, rabbis, priests and other religious leaders who justify violence and the projection of military power.
These people are not evil, usually they just don't see any realistic alternative. Just like us, they honestly and genuinely want to protect the weak from the strong, the oppressed from the oppressors. They hunger for justice. And within limited conditions, the rule of law works--the presence of police with overwhelming coercive force can protect the public. But the rule of law only works within groups having a public consensus. It doesn't work between groups where there is no consensus.
Our planet has vast and bitter experience with the costs of violent struggle between groups, but people continue in it for lack of an alternative. They see only the choice between control, coercion and dominance on the one hand, or deception, appeasement and avoidance on the other. Fight or flight. And sometimes fighting, or fleeing, is appropriate. But what they don't realize is that their tradition, any of our traditions, offers a way for conflicting groups to utterly transform their relationship to each other, an alternative devoid of fight or flight, through which there is real, earthly security, and that is applicable in very dangerous situations. Nothing is guaranteed, but this alternative offers better chances of justice than what can be attained if we're limited to fight or flight alone.
Our job, the job of those of us who have learned from our traditions how to transform enemies into trustworthy opponents within a just relationship, is to convince people that this alternative is real, and to show them how and when to use it. The only way our riven planet will be healed is if those who have faith in coercion are offered better security.
As an American Christian I don't have the standing, the language, the stories, or the cultural knowledge to speak to Middle Eastern terrorists. But I do to American Christian supporters of military control. In our interfaith alliance, each of us will be tasked to do our intrafaith work, to speak to those within our own tradition who put their faith in coercion. If you're a Middle Eastern Muslim: I'll go after the drones, you go after the vests, and let's support each other, OK?
This is an interfaith call to arms! The faithful of all traditions must collaborate to show how conflicting groups can create productive and just relationships to each other, preserving their identity without coercion or appeasement. We must combine the wisdom of our different traditions, to study and evaluate and above all use it. We must support and learn from each other. And each of us must speak to our own, to teach them how to be faithful, and live.
Contact me, john@rruuaacchh.org. We need each other.